TrailHeads hometown of Kent is the first town in Connecticut for northbound (NOBO) AT hikers. We’re proud to be known as the “Gateway to New England” and each year, we welcome hundreds of hikers to our town.

Having a section of America’s most famous hiking trail run through our “backyard” is an incredible bonus for our team. The Appalachian Trail is less than a mile away from our offices and you can find our team members on it at all times of year. From group trail runs, to hikes with office mascot Winnie the adventure dog, the AT is an important part of our work life. On these outings it also serves as an unofficial testing ground for all of our hiking and running gear.

We have always felt like we ought to give something back to the trail that has such an important impact on our company’s culture. A few weeks ago we had the opportunity to make a start on our stewardship.

The Mt. Algo Shelter has been a stopover for hikers since it was built in 1986. The shelter is about a 10 minute walk up the trail from the closest AT access point to our offices. While the bones of the shelter were still in good shape the roof was beginning to degrade. There was a large welded gray patch where the roof had last been repaired. But since that fix you could see other areas where an unfortunate hiker had needed to use duct tape to stop a leak on a rainy night. 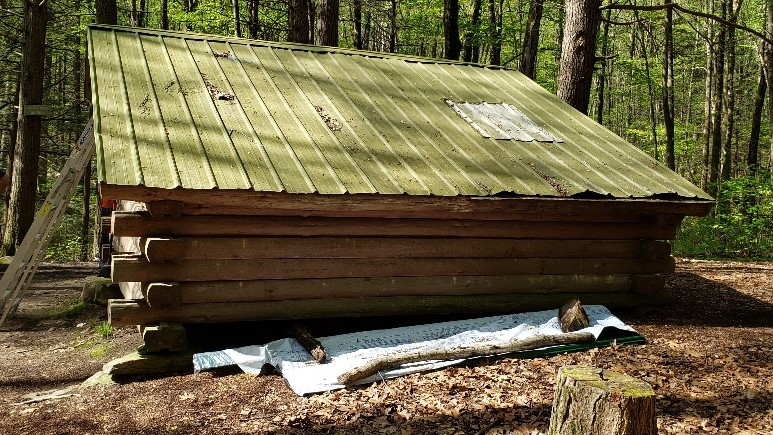 It was time for an upgrade. We learned that the Appalachian Mountain Club was holding a couple of trail maintenance work parties to take down and then rebuild the shelter roof. Luckily the demolition day was to be held on a sunny, Wednesday morning when the majority of the office could join in the fun!

We teamed up with a veteran crew that has collectively donated several decades worth of work on the 52 mile stretch of Trail that runs through Connecticut. With these men as leaders, a bouncing labradoodle and an excess of crowbars we set up off the path that would take us to the shelter. 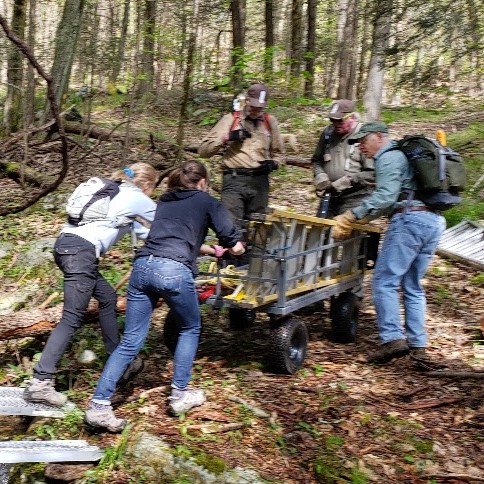 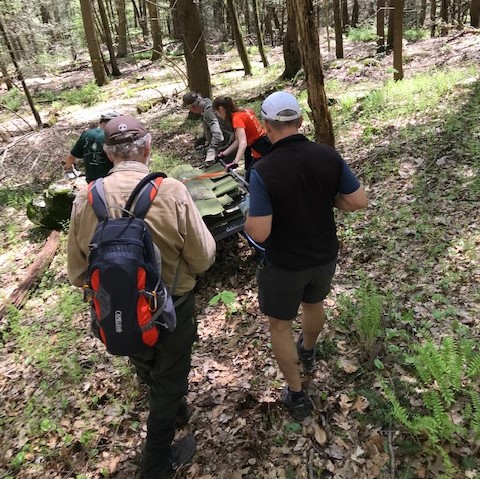 This short journey was actually the most physically challenging part of the excursion. The Appalachian Trail is too narrow and rocky in this section to follow it up to the shelter clearing while pulling a cart laden with ladders and new roofing supplies. Instead we were following an overgrown access road, which, while wider than the AT, was still rough, at times steeply climbing terrain, that required four people to maneuver the cart.

Having arrived at the shelter the group made short work of the sheet metal roof. Decaying nails were yanked out, the greying green slats were slid off and then cut up to transport out. What was left got a quick once over with the broom, removing piles of acorns and natural debris that had gathered under the eaves. And then it was back down the access road, cart now filled with pieces of the old roof. One member of the ATC stopped to put a sign up indicating the temporary closure of the shelter until the new roof would be hammered into place the coming Saturday. 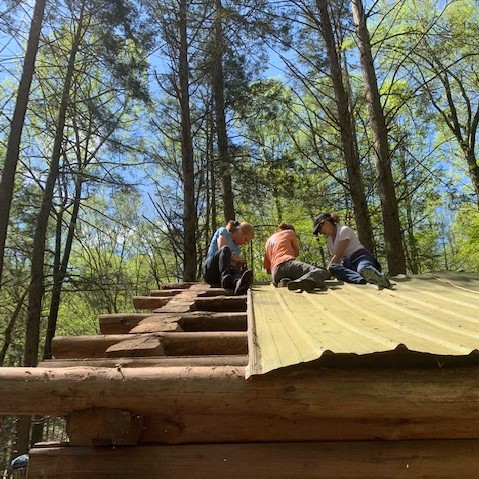 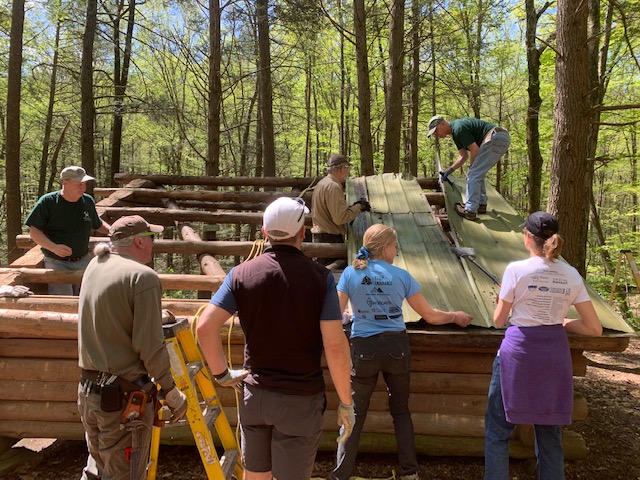 Our team returned during one of our group runs a week later, curious to see the finished shelter. The new roof looked wonderful and shiny, in comparison to the faded old panels we had dismantled and which had long ago ceased reflecting the dappled sunlight that streams in through the tree canopy. One hiker was already taking advantage of the shelter, having an afternoon nap in the shady interior. 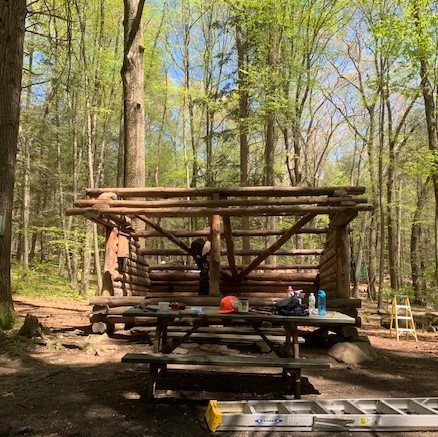 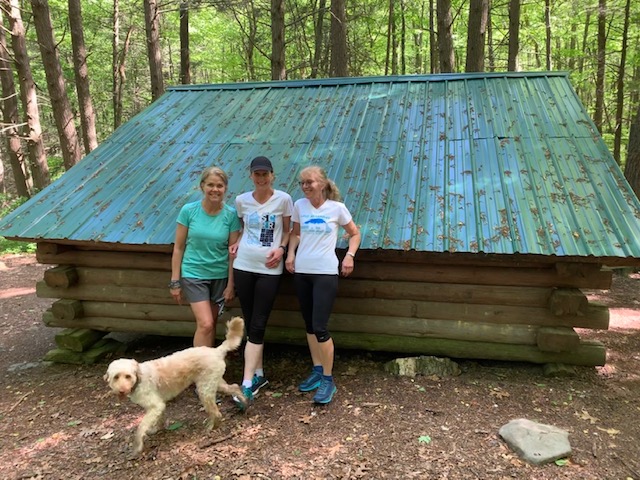 We hope that this new roof will be a long lasting source of protection and good night’s sleep for many a section and thru hiker in the years to come. We also look forward to finding more opportunities to protect and maintain our trail. 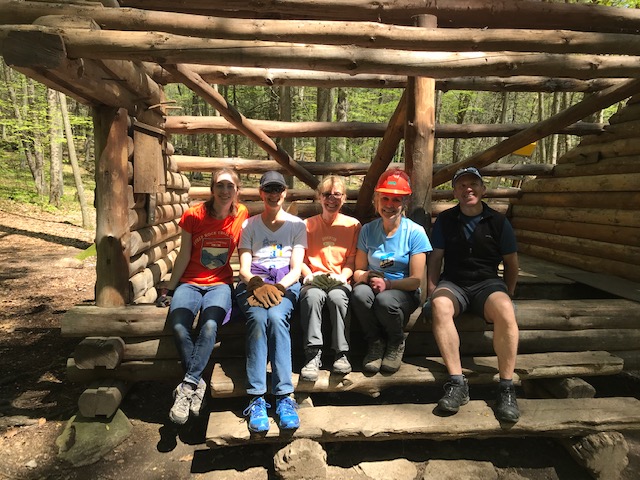